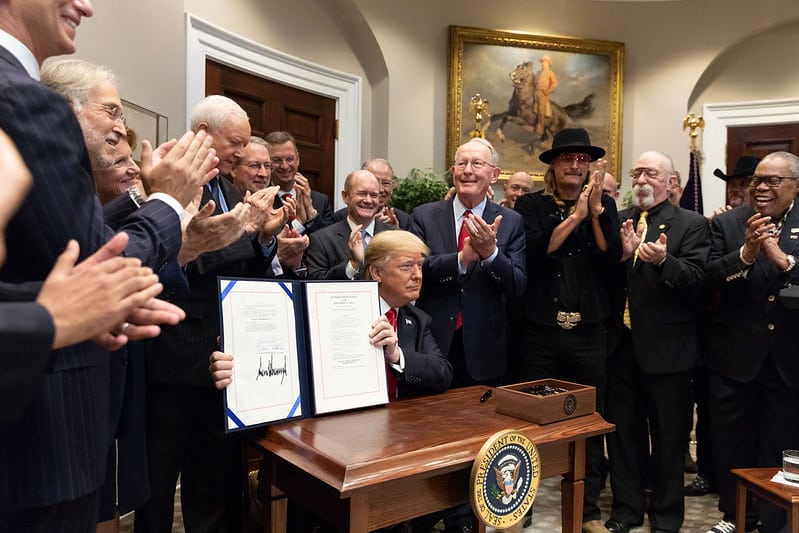 There was a time in which artists had to license their productions song by song—but that is no longer the case thanks to the Music Modernization Act (MMA). In brief, this is a copyright legislation that occured in the United States in 2018. Since then, it has had their due updates given that our context is rapidly changing. The reason behind its proclamation was to catch up with the new technologies and media that the new generations use to distribute music and audio recordings, such as streaming. Moreover, in very formal terms, its official name is the Orrin G. Hatch–Bob Goodlatte Music Modernization Act, and it consists of three components. In this entry we’ll be dealing with Title I, the Musical Work Modernization Act.

Why Should Musicians Care

Generally speaking, the Music Modernization Act, as an update of copyright law, intends to make statutory licensing more fair for creators (like you)—and more efficient to digital music providers (like streaming and download services). Overall, the expectation is that the MMA grants benefits to many stakeholders in the music industry, such as songwriters, publishers, record labels, music services, and the artists themselves—not to mention the audience. In order to do so, the U. S. government, via the Copyright Office, created the Mechanical Licensing Collective (MLC), which is now the body in charge of collecting and distributing the mechanical royalty payments. This means that you, as a musician who makes use of the contemporary digital opportunities at hand, can now register at the online claiming portal to receive those under the new blanket license.

Title I of this act is what emerging artists should focus on the most. It offers two main benefits. Firstly, it creates a blanket licensing system—which deserves its own entry—that allows digital music providers to license the reproduction and distribution rights of musical works. In other words, it replaces the system that we mentioned in the first sentence of this entry: the song-by-song logic that interactive streams and digital downloads used to have.

Secondly, it guarantees the process’s effectiveness via the aforementioned MLC, which is the institution in charge of collecting and paying the royalties under this license. Additionally, in terms of transparency, it offers a music ownership database available to the public. This is not only beneficial regarding honesty, but also functional because it is the means by which the MLC knows who to pay. Plus, digital music providers, run by a board of music publishers and songwriter representatives, pay this institution.

The aim of this act is to widen the specter of benefits for both artists and service providers. Therefore, it is a copyright update that we must celebrate. Regardless, keep in mind that this new blanket license only covers musical works (i. e. composition and lyrics, not sound recordings). Also, remember that, if you’re planning to stick to CDs and vinyls, which is perfectly fine, you should get through the licensing process of old. Most importantly, don’t lose sight of the fact that, even though the MMA is something that might benefit you, the law doesn’t require you to use this type of license. In other words, you can still employ direct licenses and everything will be okay.