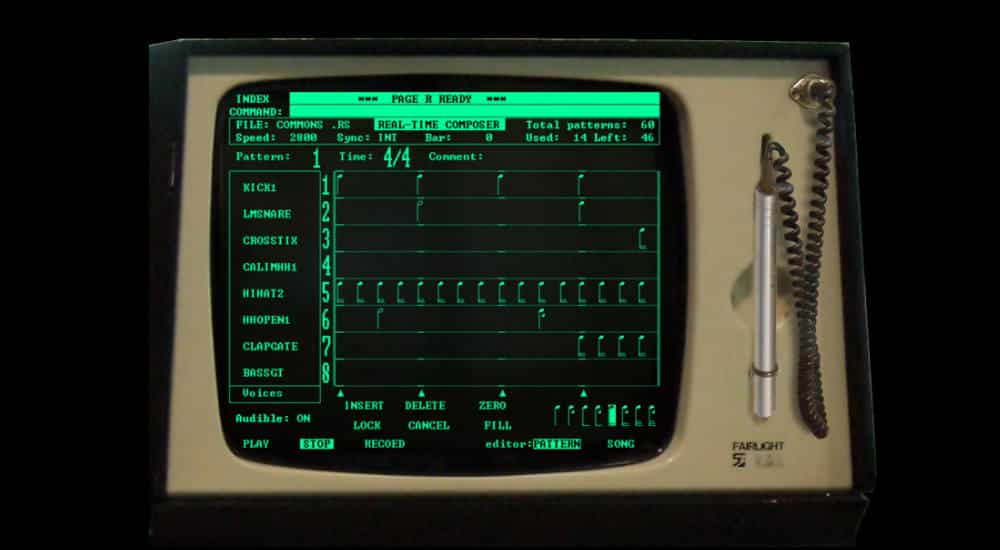 The DAW history is a fascinating one. We might not know about it even though this is one of our most cherished (and necessary) tools for music production. In the 1970s and 1980s, the early attempts at digital audio workstations (DAWs) faced some limitations. For example, there were the high price for storage and the vastly slower processing and disk speeds of that time.

Soundstream was the fist audiophile digital audio recording company in the United States. It provided commercial services for recording and computer-based editing. In 1978 they made the first commercially available digital audio tape recorders, which one can consider the first digital audio workstations. And they used some of the most recent computer hardware pieces of that time. The Digital Editing System, as Soundstream called it, consisted of many components. Firstly, it had a DEC PDP – 11/60 minicomputer running a custom software package called DAP (Digital Audio Processor). Secondly, it had a Breagen 14″ platter hard disk drive. Thirdly, it contained a storage oscilloscope to display audio waveforms for editing. Lastly, it included a video display terminal for controlling the system.

Moreover, interface cards that plugged into the PDP-11’s Unibus slots (the Digital Audio Interface or DAI) provided digital or analogue audio input and output for interfacing Soundstream’s digital recorders and conventional analogue tape recorders. The DAP software on the systems hard disks could produce simple effects. Examples of this are crossfade and performance edits to the recorded audio.

Afterwards, by the late 80s, various consumer-level computers, such as the MSX (Yamaha CX5M), Apple Macintosh, Atari ST, and the Commodore Amiga began to have enough power to handle digital audio editing. Macromedia and Replay Professional, paired with Digidesign “Sound Tools” and “Sound Designer,” made audio editing and sampling possible for keyboards like the E-mu Emulator II and the Akai S900. Soon, people began to use them for simple two-track audio editing and mastering.

Sonic Solutions released the first professional 48khz at 24-bit disk-based nonlinear audio editing system in 1989. Thee result was the Macintosh-based Sonic Systemfetured, with complete CD pre-mastering and integrated control of Sony’s industry-standard U-Matic tape-based digital audio editor. Later, in 1994, a Californian company named OSC produced a four-track editing recorder application called DECK. It ran on Digidesign’s hardware system, one used in the production of THE RESIDENTS. Many major recording studios finally went digital after Digidesign introduced the Pro Tools Software in 1991, modelled after the traditional method of signal flow in most analogue recording devices. At this time, experts produced most DAW’s with Mac as a basis. It was until 1992 when the first Windows-based DAW emerged.

In 1993 Steinberg released Cubase Audio on Atari Falcon 030. This version came with DSP built-in effects, an eight-track audio recording, and playback, using only native hardware. Also during this year, the first window-based software-only product came into being: Samplitude. But later, in 1996, Steinberg introduced a revamped Cubase as a MIDI sequencer software for the Atari ST, one backed by a 32-track digital audio interface with no need of any external DSP hardware. Now, using VST, Steinberg also developed the entire mixing desk and effects rack common in analogue studios. Overall, this revolutionized the DAW world to what we know today.