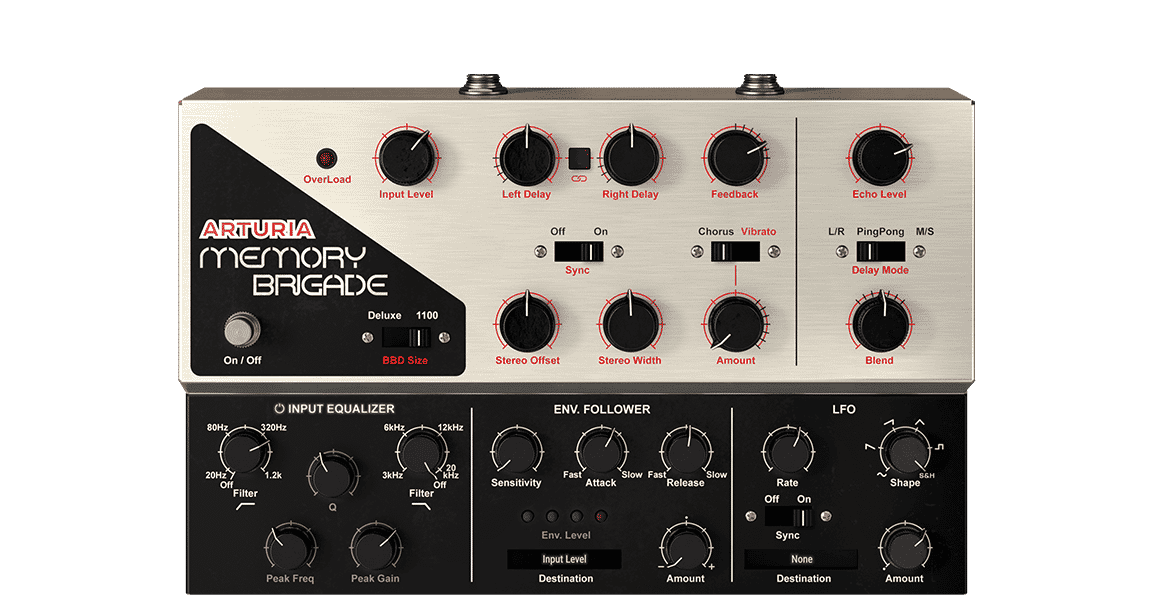 This software plug-in made and designed by Arturia is a filtered analogue BBD Echo recreation of the iconic lo-fi hardware delay that made greater guitarists and producers achieve a unique tone and character in their sound. This plug-in has an array of delays that never end, and a feedback noise that offers such a creative pallet of sonic options, thanks to it being software, you can using through your down to process any audio, not only guitars, making it an interesting tool to add to your music production library repertoire.

The recreation of iconic tones emitted from the original hardware device has been perfectly emulated by Arturia, and one of these examples is the filter tone that was perfectly reproduced with its dark and lo-fi tone signature sound. With the frantic feedback with its aggressive feedback that is actually controllable, you can get dangerously creative. Modern features were also added to this software plugin, giving you the ability to grasp the analogue character but with cutting edge powerful tweaking controls.

Some of the new features that were added to the Delay Memory-Bridge are the Stereo Vibrato, which lets you control and adds a bit of it to your sound giving your tracks instant air and space. EQ modulation can also be used with random modulations on the LFO to zip the EQ peak frequency and Random Delay times can also be manipulated giving you vast modulation capabilities. This plug is not just your old hardware sound like recreation, it is much more than that, it is a praise to BBD delays in all its words, and even more.

Give your sound the saturated tones you have been looking for, choose one of the three delay types that are onboard and process your sound with independent repeat times. Give it spacial width and tweak to your preference.